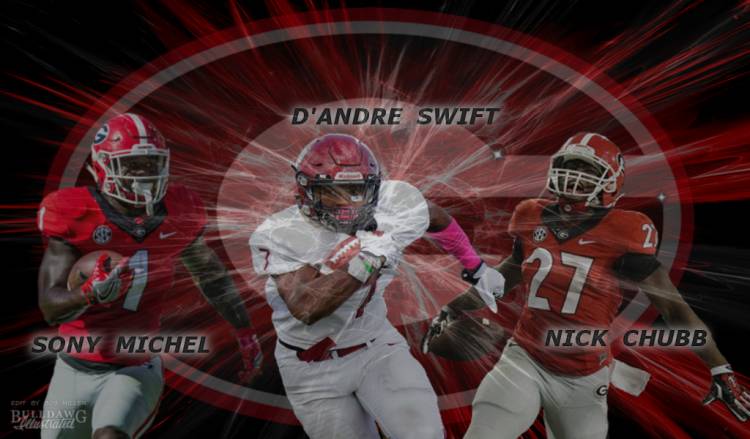 UGA Head Football Coach Kirby Smart was asked his thoughts on 2017 running back signee D’Andre Swift in his National Signing Day press conference, and he talked about Georgia’s newest tailback being a fierce competitor and having a little bit of Sony Michel and Nick Chubb in him.

“A great competitor, a great kid, a guy that loves the University of Georgia. To be on the end of the phone with him when he found out that Nick (Chubb) and Sony (Michel) were staying, unfazed. `That’s awesome, coach. I get to learn from two of the best.’ How many kids in America would say that today? He was unfazed by it. He really believes he’s going to come in and contribute and help. Certainly a lot of return yards missing off this team, we hope he’s able to help with that. We know he can flex out and play in the slot. He’s got a little bit of Sony in him. He’s got a little bit of Nick in him. I think that’s a good mixture. The most important thing is he comes from a wonderful family and he is a fierce competitor. I look forward to having him on our team.”