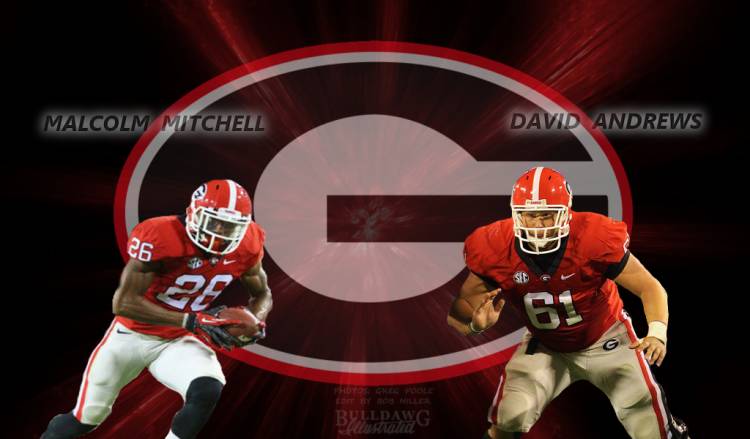 With the New England Patriots (David Andrews, Malcolm Mitchell) advancing to Super Bowl LI, at least one former Georgia Bulldog will be in the Super Bowl for an SEC-leading 16th consecutive year. Over that 16 year period, 29 different players have combined to make a total of 41 trips to the game.”

Here are the former Georgia players that participated in the NFL’s Conference Championship games this past Sunday.

David Andrews, C, New England Patriots
Started at center in the Patriots’ 36-17 win over Pittsburgh, and New England will take on the Falcons in Super Bowl LI. Andrews has been on the field for every offensive snap by New England this season except for four.


Jarvis Jones, LB, Pittsburgh Steelers
Made three tackle in the Steelers’ 36-17 loss against New England. Jones had 47 tackles, a sack, two forced fumbles, a fumble recovery and an interception on the season for Pittsburgh.


Malcolm Mitchell, WR, New England Patriots
Made one catch for five yards in the Patriots’ 36-17 win against the Steelers, and New England will take on the Falcons in Super Bowl LI. Mitchell has 33 catches for 401 yards and four touchdowns this season.