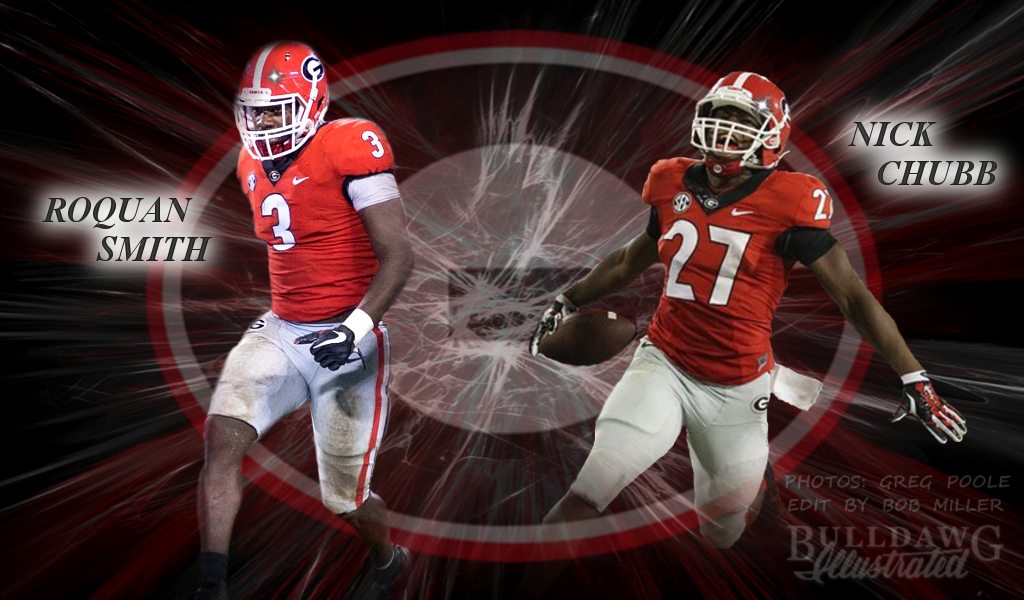 
Semifinalist voting for both of the awards presented by the Maxwell Football Club will begin on Tuesday, October 31 and will close on November 19. Three finalists for each award will be announced on Nov. 20 and the second round of voting will take place at that time. The winners of the 81st Maxwell Award and the 23rd Chuck Bednarik Award will be announced as part of the Home Depot College Football Awards Show, which will be broadcasted live on ESPN on December 7.


Chubb, a native of Cedartown, GA, has carried the ball 120 times for 765 yards (6.4 avg.) and scored a team-leading nine touchdowns for the second-ranked Bulldogs. Averaging 95.6 yards per contest, Chubb has helped push Georgia into the second spot in the SEC in both Scoring Offense (38.1 points/game) and Rushing Offense (284.0 yards/game). For his career, Chubb ranks fifth on the SEC’s all-time list with 4,189 rushing yards and second all-time at the University of Georgia only behind the legendary Herschel Walker.


Smith, a native of Montezuma, GA, is leading the 8-0 Bulldogs with 61 tackles, including 1.5 tackles for loss and a sack, from his inside linebacker spot. An Associated Press, Sporting News and ESPN Midseason All-American, Smith has also forced a fumble and anchored a unit that ranks third nationally in Scoring Defense (11.9 points/game) and Total Defense (252.1 yards/game). For his career so far, Roquan has tallied 176 total tackles, 8 tackles for a loss, 1 QB sack, and 3 forced fumbles.


The second-ranked and undefeated Bulldogs will host (6-2) South Carolina on Saturday in Sanford Stadium for 3:30 p.m. kickoff on CBS.