With an 8-0 win over Michigan State on Sunday, the Georgia softball team not only swept the Bulldog Invitational over the weekend but also earned their 7th win in a row. It was also the Bulldogs’ third undefeated weekend at home, and it took only 5 innings of work against the Spartans to complete the sweep.

Brittany Gray got the start, and the junior pitcher was dominant from the mound. She pitched a complete game allowing just two hits to earn her 12th win on the season. The Ladies also were stout on defense to help Gray, and Michigan State only had six baserunners for the game.

The Bulldogs were fast as lightning out of the gate scoring six runs in the first two innings, 2 in the first and adding 4 in the second. Georgia added two more in the third taking an 8-0 lead and never looked back.


For the box score and final stats from Georgia’s softball game versus Michigan State, CLICK HERE.


The 16th-ranked Lady Diamond Dogs now stand at (19-3) on the season. Next up for the UGA softball team is the UCF Tournament in Orlando, Florida from Friday, March 10th through Sunday, March 12th. Georgia will play in 5 games over the weekend starting on Friday with a doubleheader against Mercer and Ohio State. Game one against Mercer is set for 9:30 a.m. ET early Friday morning. 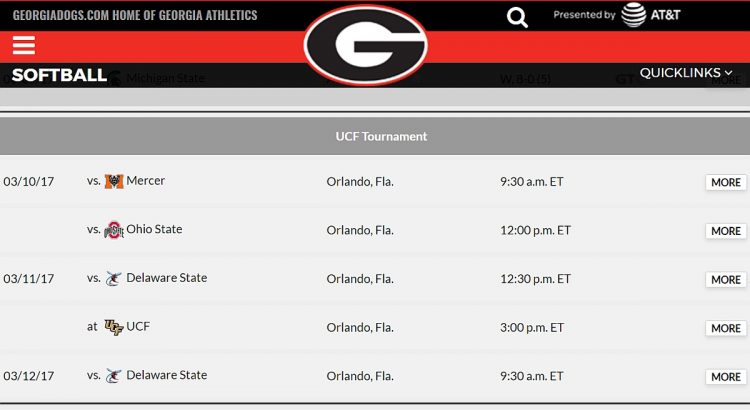