Han Vance on Georgia football: The overarching feelings I carry with me from the Georgia-Tennessee football series are of anguish and redemption. You see, while Georgia has never turned the corner in the Georgia-Florida series and kept the pedal to the metal, the Tennessee problem is an old problem. Old for me, anyway, I enrolled at Athens in 1990.

The University of Tennessee has a one-game series lead over the Bulldogs, in the most-important “new” series for the University of Georgia, the two only playing annually after the introduction of divisional play in the Southeastern Conference. Before the time in which Arkansas and South Carolina joined the SEC, divisions were not used in college football within conferences and there were not conference championship games. Georgia played more-similar in program history Auburn every year, while Tennessee played Alabama in what was nationally and regionally considered a higher-echelon series. Georgia, as now, faced Alabama only sparingly. Tennessee was in the same status scheduling-wise, so the multitudes of memories of old rivalry just aren’t there in Georgia lore. Sure, Herschel ran them over. 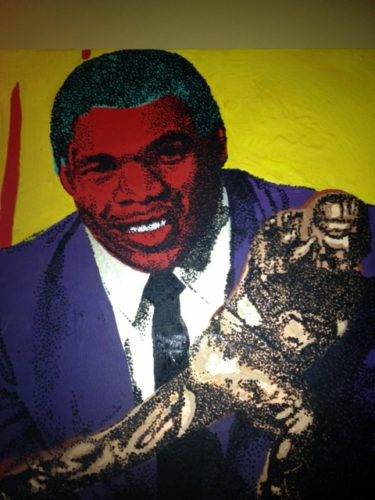 Tech, Florida, Auburn are Georgia’s (only real) historic rivals, each having a different current relationship to Georgia. Florida was historically inferior to Georgia and beneath the state of Georgia geographically. The annual once-called World’s Largest Outdoor Cocktail Party is I feel the most unique of all college football rivalries, only rivaled in that category by the Army-Navy game, which plays at myriad sites, and the Red River Showdown, where Texas and Oklahoma play at the old Cotton Bowl at the State Fair of Texas in Dallas proper, all other major stadiums in the Metroplex area outside the city limits. Those are the other 50-50 games, of note, but none has the ambiance of Jacksonville. A truly Southern experience, even with the Northern bloodlines of so many of the Florida kids, the game is almost ancillary to the festivities, the party on the banks of the river, some years. While Georgia won 42-7 in Jacksonville last season, the Dawgs have had an awful go of it and shouldn’t be marking that in the win column just yet. The Gators are improving after the inevitable finally happened. At the Swamp, they lost to a Kentucky which appears stronger than in many years. Kentucky has been guilty of a good start followed by a tailspin into usual mediocrity in years past, but they were, law of averages, so beyond due for a win in that series. The Gators are expecting to win the game in Jacksonville and recapture the SEC East on October 27th, just like they used to, already having dispatched a Tennessee which likewise has a new coaching staff. My alumnus brother Johnny Vance and I are going down there this year.

Auburn and Georgia first played each other in Piedmont Park of Atlanta. Although it was not Georgia’s first game, which brought college football to its future epicenter, the American South. The annual series is much older than Sanford Stadium and older than the time that Georgia regularly hosted all of its biggest home games in Athens. In fact, neither fairly rural Athens or the little village of Auburn was seen as worthy of hosting the biggest football games in the earlier days of our beloved sport, which is much older than pro football. Bama wouldn’t deign to visit the plains; Georgia was oft-borrowing Tech’s stadium in Atlanta. This series has so much lore, usually when it came down to one or both teams having a chance to win the SEC – the other in the way, and it being the final SEC game for Georgia. The schools are actually “Sister Schools” dating back to historic academic and research pairing-ups within the agriculture schools of each. They are SEC West, now, which has somewhat lessened the levity of the rivalry. But most years the game really matters, and it has been dominated by Georgia, of late. Last year’s two meetings have created a trilogy rematch feeling for the 11/10 date in Ol’ Athens, this year. The birthplace of American public higher education is the most fitting place for the Deep South’s Oldest Rivalry, although the recent win at Mercedes-Benz Stadium will be remembered forever.

Tech used to be in the SEC and is an in-state little brother to Georgia. The series was much closer to even before the start of the Mark Richt era at UGA, as he only dropped two games to them over a full decade and a half. The Yellow Jackets have won twice consecutively in Athens which is an immediate advantage in that it gives them confidence that they can go in there and win again. The Dawgs have superior talent, of course, and Mel Tucker has figured out their schemes, as evidenced by the junk stack defense he used last season to shut them down in Atlanta. 11/24 this year, two days after Thanksgiving.