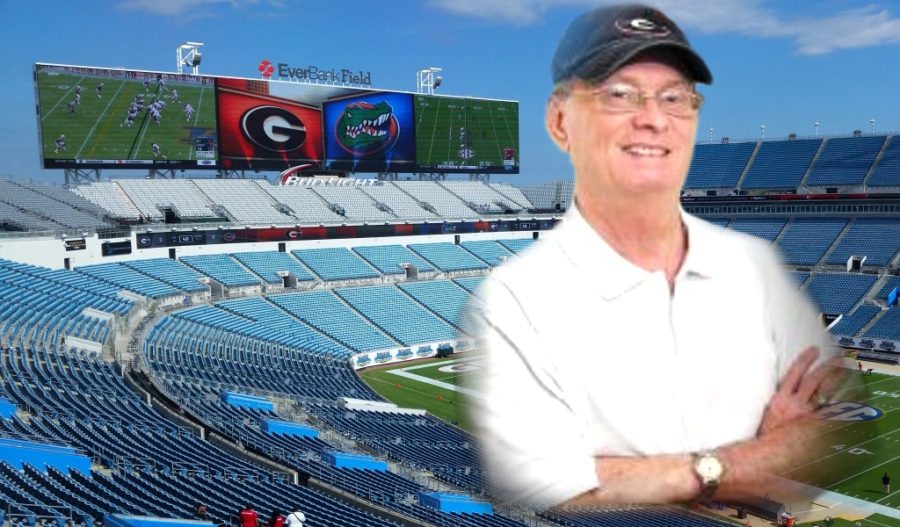 Seventeen seems to be a magic number lately for these 5th ranked and now 9-1 Georgia Bulldogs.


Kirby Smart’s football team gave up an identical 17 points in a 36-17 win over Florida and then a 34-17 romp over the Kentucky Wildcats. Then, on Saturday night at a chilly but quite electric and boisterous Sanford Stadium, the Bulldogs won by 17 points in a 27-10 dispatching of the 24th-ranked Auburn Tigers.


Falling behind the upset-minded Tigers by 7-3 and then 7-6 early on, Georgia came to life in the second quarter and outscored Auburn 14-3 to bolt to a 20-10 halftime advantage. The Bulldogs then turned the game over to a stingy defense and D’Andre Swift in the second half, blanking the Tigers over the final two periods while getting a 77-yard touchdown run from Swift to put the icing on this old rivalry’s cake.


But while Swift turned in his third consecutive career-high rushing performance with 186 yards on 17 carries and Georgia limited Auburn to just 274 yards of offense, there were still a great deal of contrasting Stats That Matter in this win, as you can readily see here.


Plays of 20 plus yards (offense/defense)

Quite an evening of explosive plays for the Dawgs! There was Swift’s 77-yard TD jaunt early in the fourth quarter, which followed his 83-yard scoring jaunt at Kentucky. Also, there were Jake Fromm passes of 25 yards to Terry Godwin and Swift, a 22-yard run by Elijah Holyfield, a Swift 24-yard run, a 38-yard touchdown strike from Fromm to Godwin in the final 25 seconds of the first half and, finally, a 32-yard Fromm-to-Mecole Hardman hookup. Auburn was limited to just two plays in this category … a 30-yard run by Shaun Shivers and a 20-yard pass completion by Jarrett Stidham. And, oh yes, there was Hardman’s 41-yard kickoff return in the second quarter that led to the Bulldogs’ first touchdown, a 14-yard pass from Fromm to Tyler Simmons.

This is where the contrast of excellence comes in. Georgia was its own worst enemy at times, being penalized a whopping 12 times for 85 yards. The Bulldogs were tagged several times for illegal substitution, having 12 men on the field on both offense and defense, and also incurred several delays-of-game penalties and false starts. Then standout corner Deandre Baker was whistled for both a personal foul and pass interference and freshman corner Tyson Campbell drew another pass interference call. Certainly, things that must be cleaned up with a revitalized Georgia Tech team to be played in two weeks and then of course the SEC title confrontation with top-ranked Alabama looming on Dec. 1.

Hardman reeled off his 41-yard kickoff return, Rod Blankenship was again 2-of-2 on field goals and on the only non-touchback Blankenship had, the Georgia kickoff coverage team nailed the Auburn returner down inside his own 20. Punter Jake Camarda placed one punt perfectly, to the Auburn 1-yard line where, again, Hardman was waiting to down it.

On the Tigers’ only touchdown drive of the night in the first quarter, the Bulldogs didn’t wrap up well on Auburn receivers and tailbacks but the Georgia defense only seemed to get stronger after that, checking the Tigers to just one additional field goal and continually swarming to the football to notch the second-half shutout.

The Bulldogs bobbled the ball twice but fell on both fumbles. Fromm did throw one interception but, otherwise, was flawless once again, completing 13-of-20 attempts for 193 yards and the two touchdowns. Auburn also didn’t lose any fumbles nor did Stidham throw an interception while completing 24-of-36 for 163 yards.

Georgia scored three of four times inside the red zone but then, two of those were Blankenship field goals. The Bulldogs’ goal-line offense again reared its ugly head as three times Georgia was down at the Auburn 2-yard line but couldn’t cross the goal line for six points. The Bulldogs only allowed the Tigers inside the 20-yard line twice, with Auburn getting its early touchdown and field goal.

Another good night for Fromm and the offense here as the Bulldogs converted first downs or touchdowns on 8-of-14 third down tries. Conversely, the Tigers could go only 3-of-11 against the tenacious UGA defense.

With the Bulldog running game going over 300 yards for a second consecutive game and Fromm and Justin Fields combining to pass for 213 yards, Georgia ran 69 plays for a whopping 516 yards of offense against a supposedly tough Auburn defense. Meanwhile, the Tigers ran 57 plays for their 274 yards of offense.