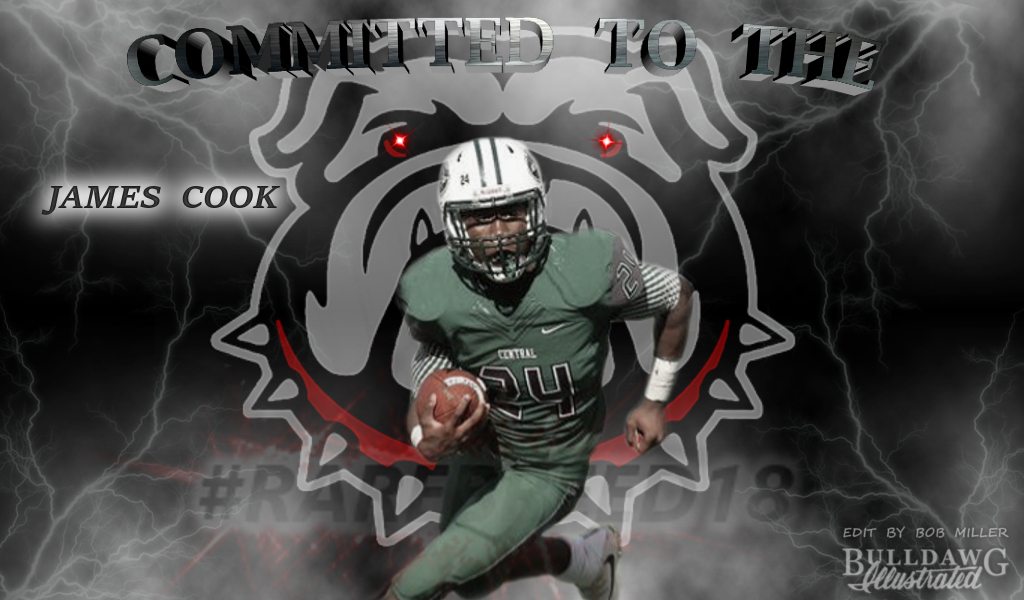 James Cook announced his decision to commit to the University of Georgia in a video at 8:00 p.m. on Thursday evening, and with his commitment, the Bulldogs now have two of the top three running backs in the 2018 recruiting class committed.


The 5 foot 11.5 and 191 lbs Cook has over 19 scholarship offers. The Georgia coaching staff offered him back in January of last year. He chose to commit to the Bulldogs over programs like FSU and Louisville. Cook had been committed to the Seminoles at one point but de-committed back on July 4th to reopen up his recruitment process. His commitment gives Georgia 18 verbal commits for the 2018 recruiting class currently and gives the Bulldogs a the No. 1 class in the SEC and the No. 5 overall class in the nationa according to 247’s team rankings.


So what kind of tailback is James Cook?


A home run threat every time he touches the ball type of tailback. Once he gets into the open, Cook’s speed and athleticism allows him to break off big runs, and he is just as dangerous as a receiver in the slot as he is out of the backfield. When you watch him play, he’ll remind you of a faster Sony Michel. There is a reason fans are calling Zeus and Cook “thunder and lightning.” Just take a look…