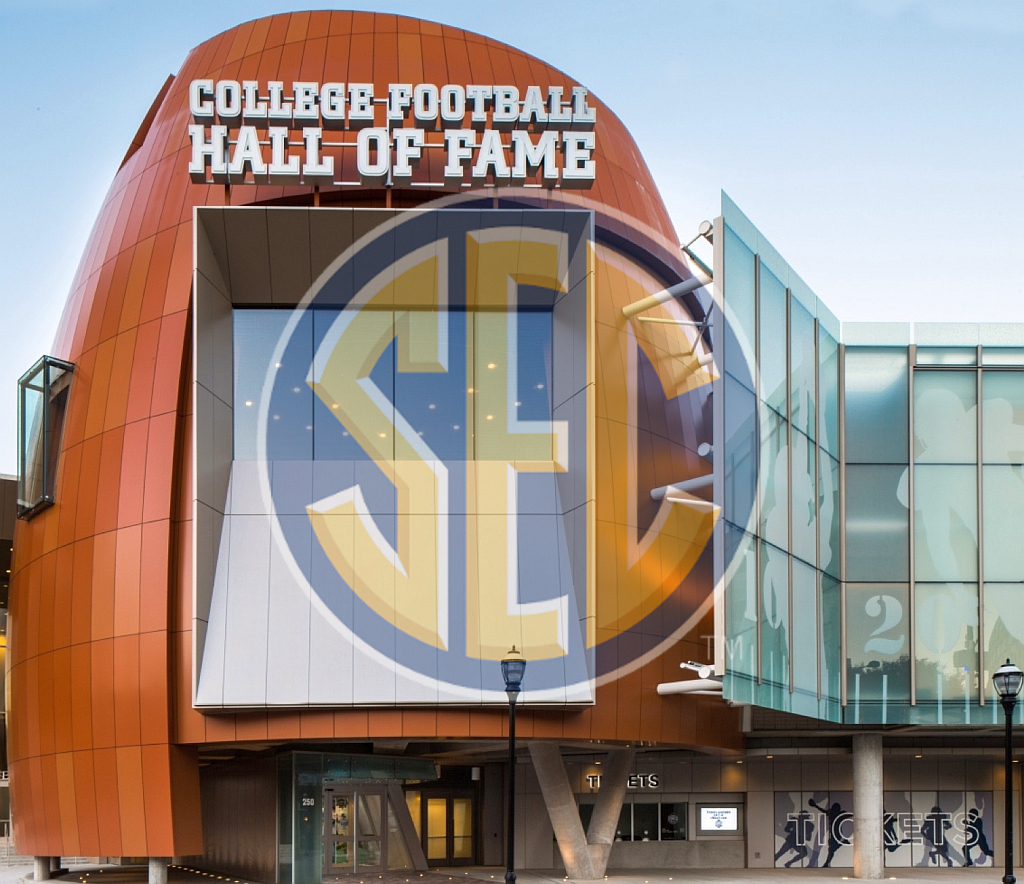 The College Football Hall of Fame in Atlanta will serve as the primary host venue for next year’s SEC Media Days from July 16-19, 2018, per an announcement on Friday by SEC Commissioner Greg Sankey.

“SEC Football Media Days is a signature event for our conference and we are pleased the city of Atlanta will host this kickoff to the 2018 college football season,” said SEC Commissioner Greg Sankey. “SEC Football Media Days is now added to Atlanta’s inventory of great events, which includes the annual SEC Football Championship Game and this season’s College Football Playoff Championship Game. We are looking forward to building an exciting week next July to feature our student-athletes and coaches.”

The 2018 event will mark the first time SEC Media Days will be held outside the Birmingham, Alabama, area since 1985. Sankey said the event will return to the Hyatt-Wynfrey Hotel in Hoover, Alabama, in 2019 and will likely be held in various locations in future years while making Hoover a periodic site for the event because of its central location in the SEC footprint.

“Atlanta’s position as the capital of college football is reinforced by the number of high-profile events we host annually, and SEC Football Media Days is a wonderful addition to the portfolio,” said William Pate, president, and CEO, Atlanta Convention & Visitors Bureau. “We look forward to hosting this event and providing increased visibility for both the destination and Southeastern Conference.”

During the four-day SEC Media Days event, the Hall of Fame will be home to the coaches’ primary press conferences and serve as the live broadcast headquarters for both ESPN and the SEC Network. The Omni Atlanta Hotel at CNN Center, which is connected to the Hall of Fame, is the host hotel for the event and will house Radio Row and other media interviews and activities.

“The Hall of Fame was relocated to Atlanta, the capital of college football, for events just like this and we are perfectly situated in the center of all the activity,” said Dennis Adamovich, CEO of the College Football Hall of Fame. “We are grateful to the SEC for allowing us the opportunity to host such an important event.”

“This is a very exciting day for everyone involved and a big win for the Atlanta community,” said Dan Corso, President of the Atlanta Sports Council. “Alongside our partners in the region, we value our longstanding relationship with the Southeastern Conference and look forward to working together once again to host an unforgettable week for media, coaches, players, and partners from around the country.”