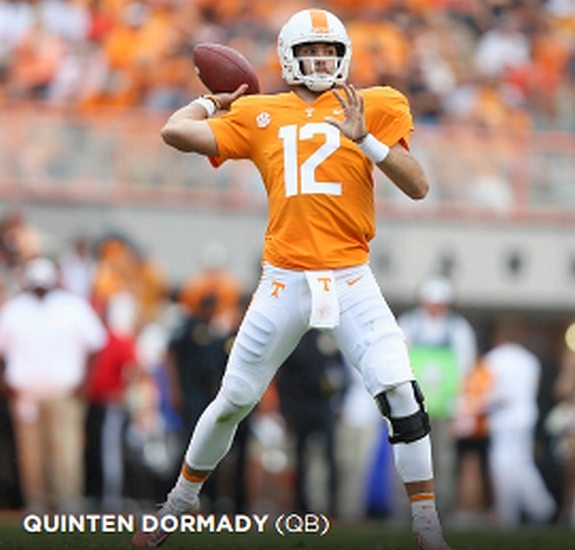 So who are the Tennessee Volunteer players to watch in their game with Georgia at Neyland Stadium this weekend on Saturday?

Tennessee’s leading returning rusher from last season, Kelly is off to another solid start this football season.
The 5-9, 205-pound junior is not only among the SEC’s top running backs in the young 2017 slate but is right at the top of the Vols’ receiving charts as well, showing 16 catches for 191 yards entering this past weekend’s game against UMass. Certainly, the Georgia defense will have a job to do in trying to slow down John Kelly come Saturday afternoon in Knoxville.

This 6-4, 222-pound junior won the UT quarterback job after a tough preseason battle with redshirt freshman Jarrett Guarantano, a top-notch dual-threat guy. And Dormady has responded well, throwing for 674 yards and five touchdowns in the Vols’ first three outings this fall. Coupled with the running of Kelly, Dormady provides the Tennessee offense with fine balance and can’t be allowed to have a big passing day by the Bulldogs on Saturday. 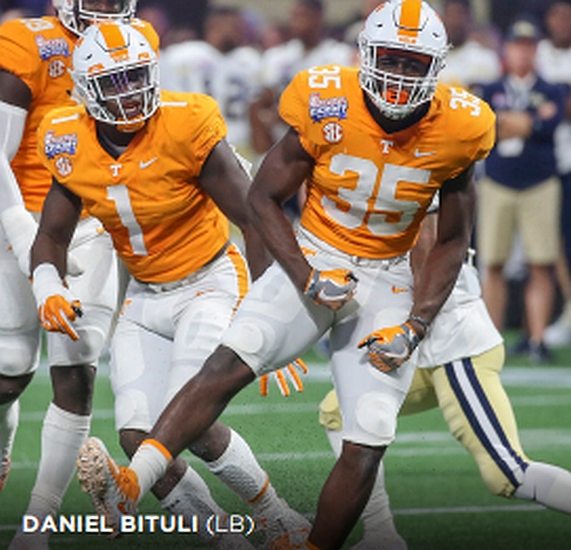 Two sophomore defenders have climbed to the top of the Vols’ tackle chart this season, Bituli being one of them and Georgia native Nigel Warrior being the other. Bituli is a 6-3, 235-pound inside linebacker who is always around the football, as evidenced by his leading the team in tackles thus far. Saturday in Neyland Stadium, the Bulldogs’ O-line simply can’t allow this guy to disrupt the inside running game.

One that got away from the Bulldogs, this Peachtree Ridge product out of Duluth, Ga. follows Bituli in total tackles and is also a leading pass defender for Tennessee from his safety spot. Like with Bituli, the Georgia offense must account for the 6-0, 194-pound Warrior’s presence at all times … because he lives up to his last name on the football field.