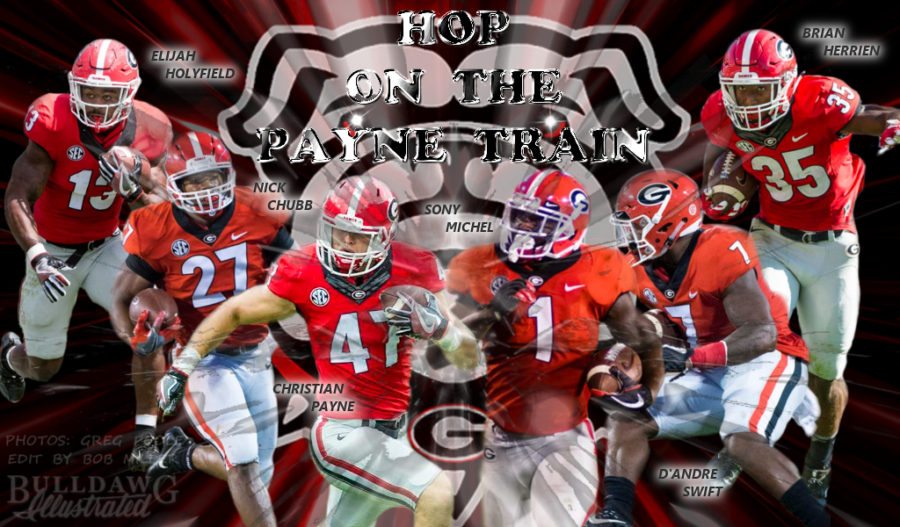 Christian Payne has helped the Bulldogs five-man rushing attack have so much success, but the lack of selfishness between those five guys has definitely been a huge help.

The Bulldogs have the 10th ranked rush offense in all of college football on the legs Nick Chubb, Sony Michel, D’Andre Swift, Elijah Holyfield, and Brian Herrien. But there is not one true standout guy that makes this group so special, rather it’s a group effort that has allowed for so much prosperity. For seniors like Nick Chubb and Sony Michel, sharing the ball could be bothersome as it takes away chances at individual accolades, but these guys are not focused on that according to Payne, who has on numerous occasions cleared the way for these talented Bulldog tailbacks.

“With those two (Chubb and Michel), it doesn’t matter, it’s all about winning man. At this point when we’re seniors man, all that matters now is winning,” said Payne. “We’re just concerned with keep chopping and just trying to win, take it one game at a time and winning games.”

This team-first mentality of the running backs being content with sharing the workload has definitely paid off in games and should play a huge factor in how the Bulldogs rushing attack is able to thrive in this last third of the season.


Chubb leads the way in terms of carries as he averages 15 a game and Michel only averages 9.25 carries per game. Such a low average number of carries per game is not only keeping these two talented running backs fresh in games now, but it should lead to these guys having more energy for the rest of the season.


Such a talented stable of backs from top to bottom has definitely led to a large portion of the Bulldogs offensive success and it will be interesting to see how these guys close out the season in the final third of the schedule.


The Bulldogs rushing attack’s next test will come at home as they face another SEC East divisional opponent in the South Carolina Gamecocks, which ranks 40th in the country in rush defense and on average only allows 137.6 rushing yards per game.