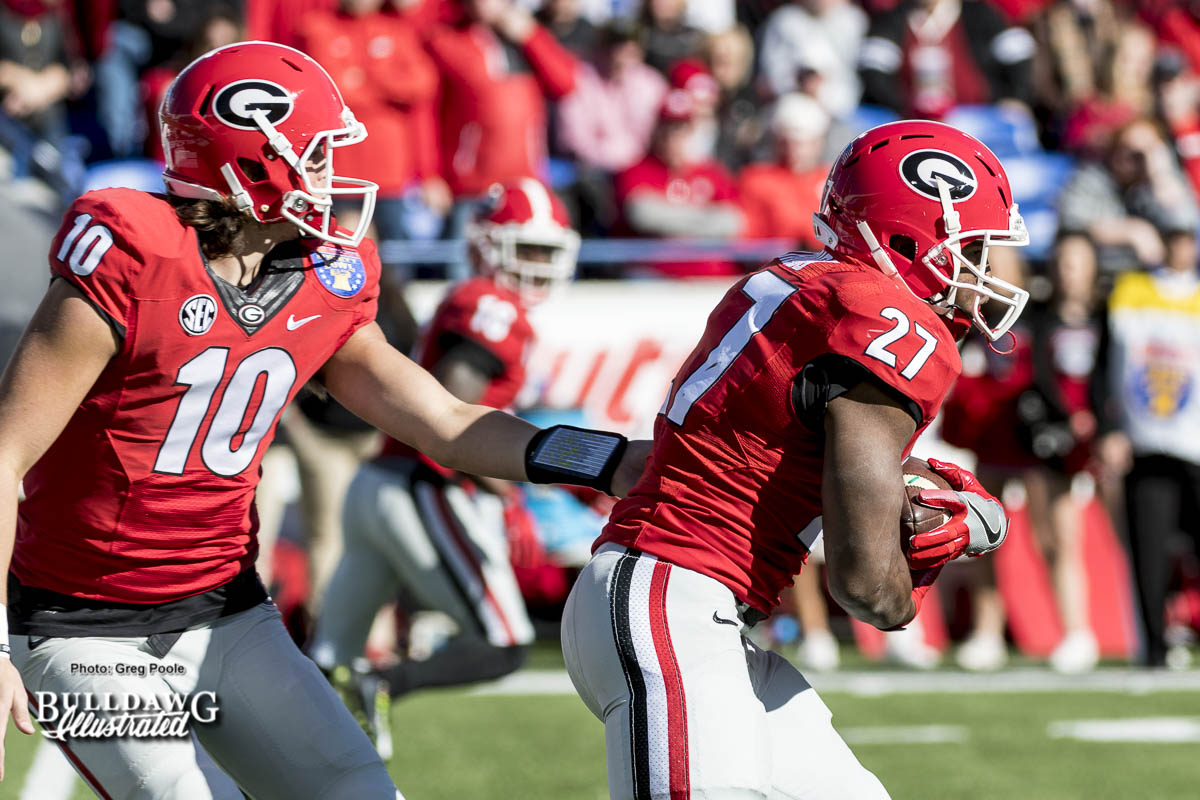 It is foolish to draw conclusions after UGA concludes spring practice but it is fun to make bold predictions and see what comes true during the 2017-18 Season:

In the first matchup between the Bulldogs and Irish since the 1980 National Championship, the Dawgs get another victory.  Notre Dame is coming off a disappointing season and the Dawgs won’t allow the Irish to rebound in Week 2.

As a sophomore, Jacob Eason is going to be more accurate with his deep ball and make more big plays in the passing game.  The spring game was not a showcase of what Eason can do because they did not show any of the new playbook that Chaney unveiled during the other spring scrimmages.

Entering his junior season in Athens, Roquan Smith is primed for a breakout season.  The 6’1 228 pounder is a three down linebacker is a heat seeking missile that has unlimited range and is capable of making plays all over the field.  Entering his second season in the same defense he can stop thinking and let his instincts take over and have a Reuben Foster type season.

We didn’t get to see it in the spring game but Nick Chubb is back.  The recovery process from his gruesome knee injury was a two-year timetable.  I’m still amazed he played last season.  In 2017 he will be better than ever.

The Dawgs have the best collection of TE’s in the nation in 2017.  It is a priority of Coach Chaney to find a way to get the ball in their hands.  Fortunately for him it should not be difficult because Jacob Eason will use this group as his security blanket all season long.

The Dawgs made progress on the offensive line during spring practice but there are game changers arriving in the fall with Netori Johnson, Justin Schaffer, Andrew Thomas and Isaiah Wilson.  In my opinion, LG and RT are wide open and two of those true freshmen will win those jobs after the bye week.

Georgia isn’t going to run either Sony or Nick into the ground this year.  I don’t see any 30 carry games ahead for either of them.  However, I expect Sony to earn the jack of all trades role.  He is going to do his thing at running back but is going to be more involved in the passing game than ever.


#3 – Georgia Gets the Victory in the Cocktail Party

It is time for the tide to turn in the Georgia v. Florida rivalry.  With a strong running game, Eason pushing the ball downfield and a veteran defense the Dawgs have the right mix to get the Dawgs back on top.


#2 – Georgia Returns to the ATL for SEC Championship

Georgia is going to get a lot of hype in the preseason and will likely be the favorites to win the SEC East by most prognosticators.  Fortunately, with the likes of Sony, Chubb, Sanders, Wynn, Atkins, Carter and Bellamy they have the leaders to follow through on the media predictions.

Nick Chubb is on a mission.  His work ethic is stronger than ever and his leadership has been elevated to a whole new level.  Nick Chubb is going to lead by example and while he will be running behind a young offensive line, it will be a massive one that will get a push at the point of attack.  That’s all Chubb needs and he will take care of the rest.  He gets in the end zone early and often in 2017.