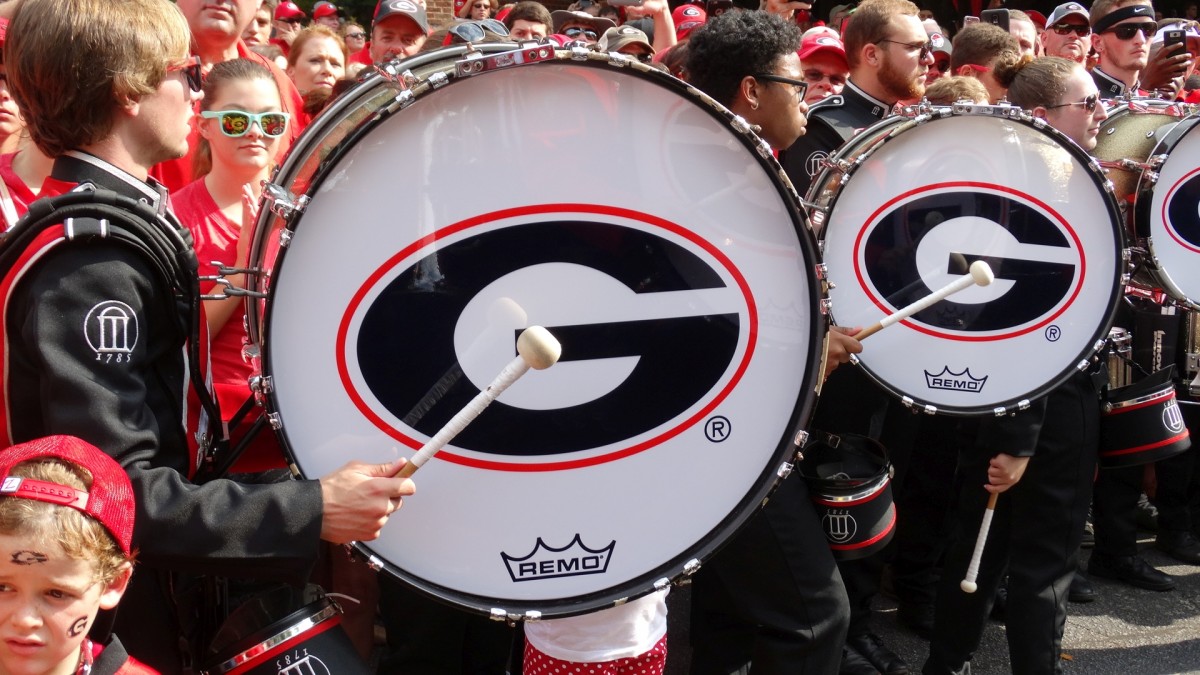 [su_spacer size=”20″] Georgia opens Southeastern Conference play Saturday in Music City, USA against Vanderbilt.
[su_spacer size=”20″] The Bulldogs have dominated the series, but there have been some close calls and agonizing losses through the years to the Commodores, including a humbling 31-27 setback on their last trip to Nashville.
[su_spacer size=”20″] If this is going to be a championship season, clearly this is a game that the Bulldogs need to win in crisp, drama-free fashion.
[su_spacer size=”20″]
1. Set the Tone on the Road
[su_spacer size=”20″] In the first part of the Mark Richt era in Athens, the Bulldogs were a downright outstanding road team. The first was the “Verron Haynes Hobnail Boot” comeback against Tennessee in 2001. On the heels of that momentous comeback at Neyland Stadium, Georgia began putting together a slew of outstanding victories on opposing campuses. From 2001-2005, the Bulldogs lost only to games in opposing team’s stadiums – to eventual national champion LSU in 2003 and to 13-0, No. 2 Auburn in 2004. The Bulldogs in recent years have been good on the road, but not quite championship good – Columbia, South Carolina has been a graveyard three years running. Great teams win at home, the road and neutral sites. Duh. But the really great ones show their teeth away from home and savor the challenge. Vanderbilt’s stadium may not rock and roll like Knoxville or Baton Rouge; in fact it is often sleepy for much of the game.
[su_spacer size=”40″] Then when it’s tight, and that annoying P.A. man gets going, the stadium can come alive. With this being the SEC opener, not following a trip to Knoxville, and a 3:30 kickoff, not Noon, or 11 a.m. Central, there is no reason for the players and fans not to be jacked up for the ‘Dores. Expect a lot of red in the seats, as the Dogs try and make their mark on the road.
[su_spacer size=”40”] 2. Big Play Offense
[su_spacer size=”20″] With a spectacular running back corps and ample supply of pass-catchers ready to make their mark against a suspect secondary, Georgia’s offense is licking its chops to have a spectacular day. It would be nice, with a grueling slugfest on deck against South Carolina, for the Bulldogs not to have to ride Nick Chubb for too many carries and the Commodores. That running game should open up plenty of opportunities for Georgia’s tight ends to have a big afternoon. And you can bet Malcolm Mitchell is antsy to get back in the end zone against SEC competition. The Commodore defense was like a screen door on a submarine a year ago, and the Dogs are anxious not to give the Vanderbilt faithful cause for leak-plugging optimism.
[su_spacer size=”40″] 3. Dominating Defense
[su_spacer size=”20″] To play on a favorite quote from avid Bulldog fan Rob Sherrell, Vandy had more issues than National Geographic a year ago. That included an offense that couldn’t score and had a difficult time sustaining possessions. Georgia’s defense will play many a powerful offense this year – Steve Spurrier is on deck, there is Alabama, Tennessee, Mizzou, Auburn and a pair of tremendous in-state ground attacks. There isn’t any room for growing pains on the stop unit if this is going to be a big time year. The second-year defensive staff has done a tremendous job replenishing the talent level. It’s probably a season away from being great, but there is no reason the defense can’t be very good. This is a showcase opportunity and the Dogs are looking for a shutdown Saturday.
[su_spacer size=”40″] 4. Special Teams Measuring Stick
[su_spacer size=”20″] On Georgia’s last visit to Nashville, the Bulldogs had one of the worst single game special teams performances in program history. The lowlights included a fake field goal touchdown, fumbled punt and missed connection on a punt attempt that led to the Commodores go-ahead score. Say what you will about injuries that year, but those three Special Teams Disasters, combined with a horrible officiating call, doomed the Dogs and that Saturday turned a still potentially good season into a thoroughly mediocre one. This will be a baseline game. Georgia came light years in the kicking game a year ago, but still wasn’t championship caliber. Just look at the missteps in the losses.
The last thing the Dogs need to do is open the door for Vandy with a charitable kicking game.
[su_spacer size=”40″] 5. Crisp at Quarterback
[su_spacer size=”20″] Greyson Lambert and the quarterback corps will be under the microscope under the CBS national television eye. With what’s coming up for the Bulldogs the rest of the way, a rugged slate of defensive units, it is vital to have Lambert and the overall quarterback play in good form. Granted it is just the second game, but if the Dogs are having a hard time passing the football consistently against the ‘Dores, it doesn’t bode well for the Gamecocks, Bama, Vols, Gators, Tigers, Jackets, et al. Handling the pressure will be a big key. The SEC lights are on. The band is playing. Are the Bulldogs ready for prime time at quarterback?
[su_spacer size=”40″] For more articles like this, including player and fan photos as well as videos, check out Bulldawg Illustrated’s latest issue online:
[su_spacer size=”40″] Bulldawg Illustrated
[su_spacer size=”80″]