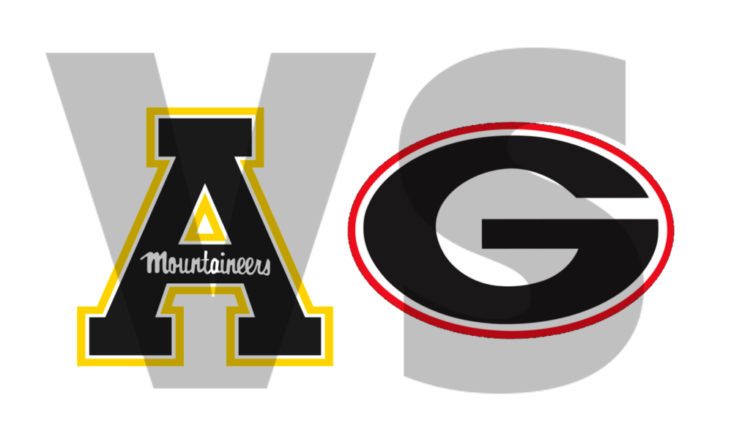 So who are the Mountaineers to watch in Georgia’s season opener versus Appalachian State this Saturday between the hedges at Sanford?

This guy is the key to the Mountaineers upsetting the Bulldogs on Saturday. The Sun Belt Offensive Player of the Year who led Appalachian State to a share of the conference title, the 5-11,205-pound junior rushed for a league-leading 1,402 yards in 2016. With the power to run inside and the speed to get on the edge, a big game from Moore would enable the Mountaineers to control the clock and keep the contest tight throughout.

A four-year starter, this 6-2, 200-pound senior should test the Georgia secondary early and often come Saturday between the hedges. The son of Mercer head coach Bobby Lamb, the Calhoun, Ga. native passed for 2,281 yards last season and also ran for 505 yards in guiding ASU to a 10-3 record. If Lamb can find success through the air to complement Moore’s running, the Mountaineer offense could prove troublesome for the Dogs’ touted defense.

This 5-10, 175-pound sophomore corner certainly won’t be a duck out of the water when he lines up against the Georgia offense Saturday in Sanford Stadium. Duck is a defensive maker in the Mountaineer secondary after having five interceptions last season when he was named Sun Belt Freshman of the Year. A preseason all-conference selection, Duck’s presence on the field had best be known by Jacob Eason and the UGA receiving corps all game long.

Another Mountaineer defender who will be capable of disrupting the Bulldog attack on Saturday, the 6-3, 236-pound Boggs has a true nose for the football, as evidenced by his team-high 98 tackles in 2016. Like Duck a preseason All-Sun Belt selection, Boggs will surely test Georgia’s revamped O-line as he attempts to stymie Eason and Bulldog ball carriers Nick Chubb and Sony Michel.