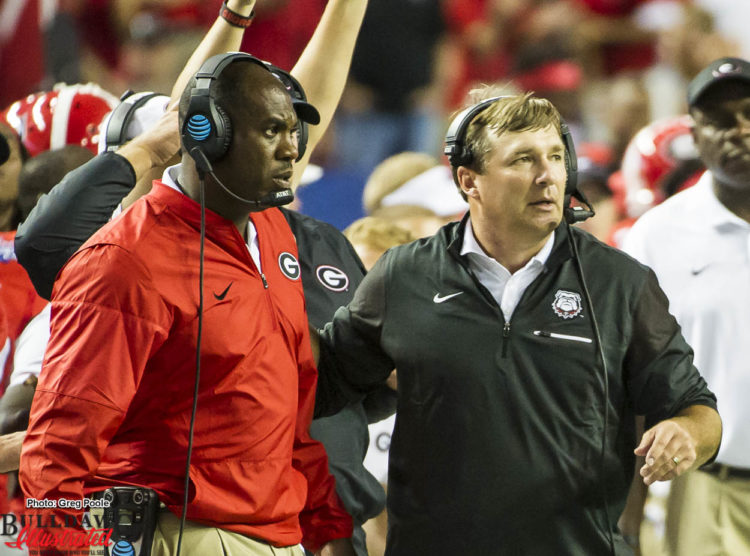 The three words that Baker used to describe Tucker were “Fearless, Relentless, Humble,” and these words have come up multiple times from head coach Kirby Smart. Smart constantly talks about “humility only being a week away” and how he wants his guys to play with relentless effort. It should come to no surprise that Smart’s defensive coordinator has these same qualities.


With Smart’s defensive success at Alabama, many believe that he is the sole proponent of Georgia’s defensive success. However, coach Smart made it known that this is Mel Tucker’s defense and the qualities that he has brought to the defense has played such a huge part in that side of the ball for the team being so strong thus far. Smart went into detail about what he believed Mel Tucker brought to the table as a coach.

“Mel’s a great leader. He commands great respect. Players really follow Mel’s lead,” said Smart.”He does a tremendous job of game planning, X and O’ing, and calling the game. More important than that, he’s a very loyal soldier that helps our guys out. If guys are emotionally struggling or their confidence is struggling, he’s able to go pep ‘em up. And they follow his lead.”

Kirby Smart may get a lot of the credit for the Bulldogs success but with the nation’s No. 2 scoring defense and No. 1 in defensive efficiency; Mel Tucker is definitely deserving of some praise. If Tucker’s defense can continue to perform at such a high level, then the Bulldogs should find themselves deep in the college football playoff and potentially, the national title picture.


Mel Tucker’s defense will face a new challenge this coming Saturday as they will face a team that runs more of a pro-style offense. Stopping the Vanderbilt Commodores passing attack with quarterback Kyle Shurmur at the helm could give this defense some trouble early. However, if they remain “Fearless, Relentless, and Humble” like their defensive coordinator, then they should leave Nashville with their sixth win.