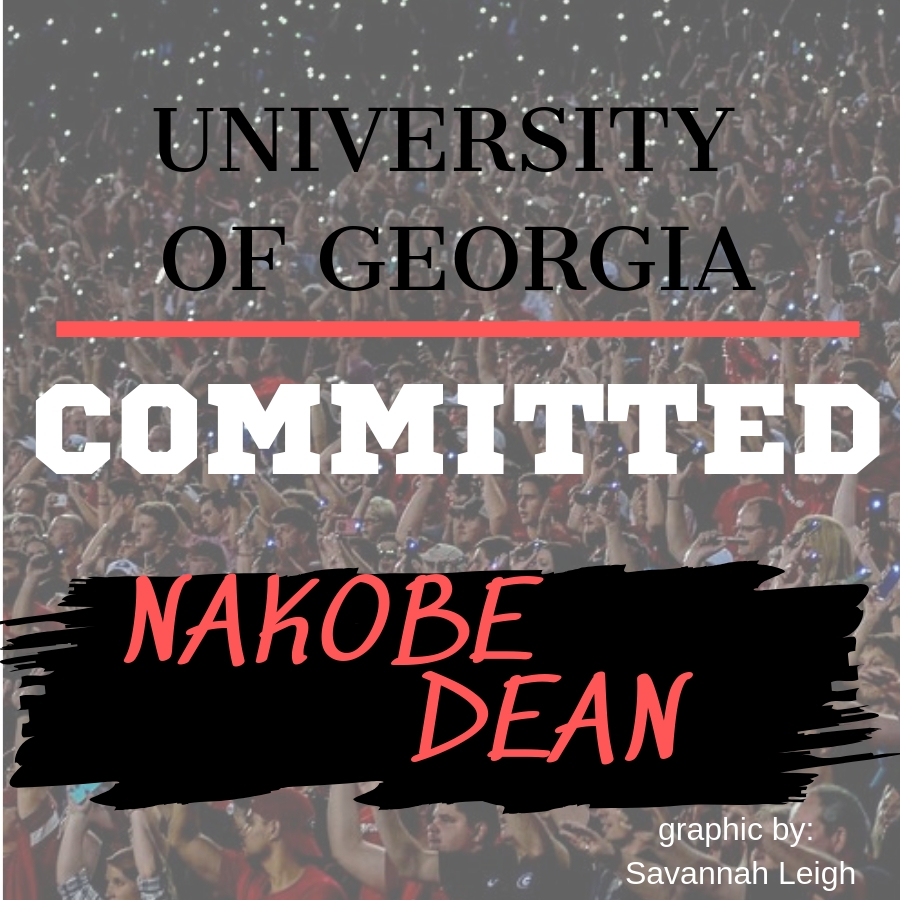 According to the latest 247Sports Composite rankings, he ranks as the No. 14 overall player, the No. 1 ILB and the No. 1 prospect in Mississippi. He runs a 4.75 40-yard dash and has a 40 inch vertical. Dean participated in the Nike Opening Finals and will play in the Under Armour All-America game. He also played in the Alabama-Mississippi All-Star game. Dean won the Butkus Award for the best high school linebacker in the country. He also received honors from the Atlanta touchdown club for the best lineman in the country last week.

Dean’s recruiting process has been up in the air for a while. At one point, Alabama seemed to be in the lead, then Georgia, back to Alabama and it continued to change. However, Ole Miss and LSU made a late push, but it wasn’t enough. Dean does have ties to Ole Miss as his brother plays football there.

He is the second five-star of the day for the Bulldogs. Dean is also the second Alabama target that head coach Kirby Smart and company have plucked away from the Tide.

Georgia now has 21 commitments for the 2019 class and rank as the No. 2 team in the country behind Alabama.