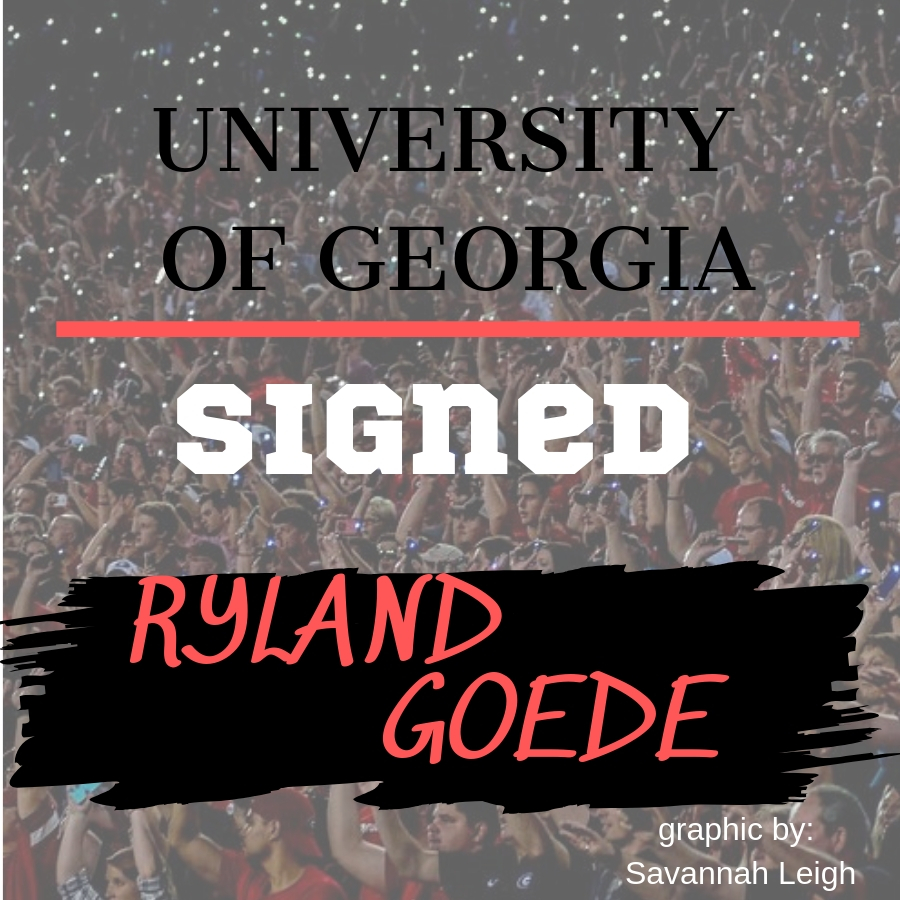 Ryland Goede is officially a Bulldog! The four-star tight end has sent in his paperwork and will join the team in January.

According to 247Sports, he ranks as the No. 6 TE and the No. 23 prospect in Georgia. He holds 18 offers. Goede runs a 4.87 40-yard dash and has a 29.10 inch vertical. He participated in the Nike Opening Finals and planned on attending the Polynesian Bowl, but cannot due to an ACL injury that happened earlier in the season.

Goede has been all Bulldog since committing to the Bulldogs on Feb. 7. He took his OV to Athens on Dec. 14 and seemed to fall more in love with Georgia each time he comes for a visit. He is one of the early enrollees for the Bulldogs and will continue rehabbing and getting that knee right with Georgia’s staff.

The Bulldogs currently rank as the No. 2 overall recruiting class on 247Sports and have about six to eight spots left to fill.